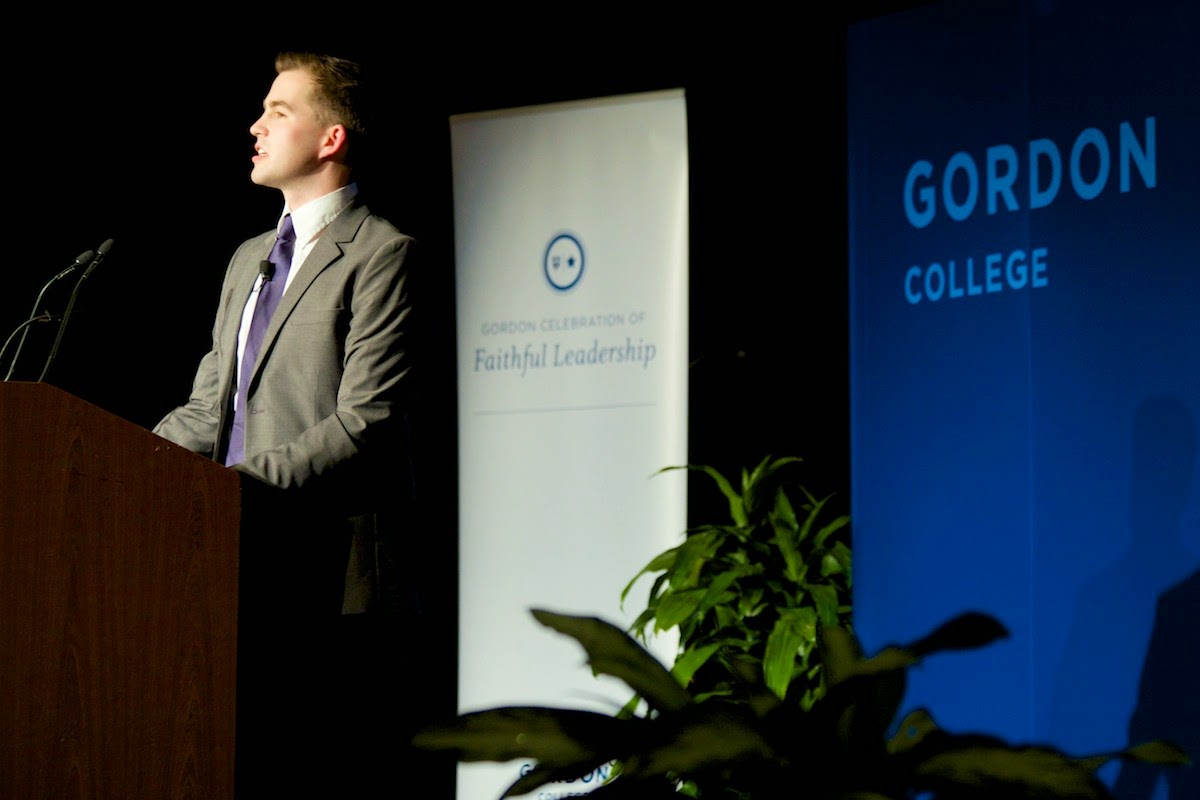 Transcript of my speech given May 5, 2014 at Gordon College’s Celebration of Faithful Leadership dinner honoring Mike Flaherty (The Chronicles of Narnia, The Giver), and with keynote speaker Patricia Heaton (Everybody Loves Raymond, Moms’ Night Out). It was truly an honor to share the stage with these inspirational people.

Thank you everyone for showing your great support for Gordon College at tonight’s festivities. It is a blessing to share this time with you, over one of Boston’s greatest views.

I may be a 90s kid, but I still grew up with legos. To this day, whenever I hear the sound of those bright plastic pieces being poured, I think back to my childhood when I would take out a bright red box of legos with my siblings and build, or when my dog would chew them up. With legos, I had the ability to create something as it went along, and later see what I had invented. Legos – like the stories my dad would read to me about four children entering a magical land called Narnia – brought a sense of wonder to a childhood spent in transition from state to state.

But somewhere along the way, I started to only use the directions. As my life became centered around performance and schedules, the legos fell through the cracks, and that bright red box that held them simply a place of storage.

Last summer, I had the privilege as an intern at Walden, to work under Mike Flaherty and his team. As I’m sure Mike and Chip can attest, one of the biggest ideas at the internship program at Walden that interns learn about the film industry is “the logline’ –  a short sentence that describes the entire plot of a film. This sentence is so important, that it can make or break whether a film is made. An example would be “Couple decides to fall in love on large boat that hits iceberg” or “Wizard recruits short man to throw ring in volcano.” The magic of loglines is that they hint at the first two acts of a film, without exposing the ending.

My logline begins in the first act of my story, during my freshman year of college. As an overachieving high school student, I had unfortunately applied to.. unreachable schools. So, my decision came down to the expensive Boston University, and a small Christian liberal arts school in what seemed like the middle of nowhere: Oregon. Well, I ended up in Oregon. 3000 miles away from home, away from everything I knew. I faced more obstacles that year than I could have anticipated. Questions came into my head like: “why does everyone here know each other?” and, “what is…ring by spring?” I guess if anyone were to come up with a logline at the time it could be “Teenage boy comes face to face with reality of Christian hipsters.”

Overall, my second act was not going as planned. I came home for break, and after much consultation and prayer, I made the decision to transfer to Gordon College.

Now that I’m up here on stage, I think this would be good time to say: I had no expectation of applying to Gordon through high school, or ever.

It wasn’t until I returned to New England two years ago this very day that I fully realized: I had been confusing God’s plans with my own desires. I was afraid that after he put the legos together, it wouldn’t be something I wanted. But now, I know God works constantly to break our expectations in order to remold them again to his own.

I remember transfer orientation week – you know, when people come up to you and ask “what’s your major” or “where do you live?” When people came up to me and asked “why did you choose Gordon?” I never had that great of a response. And looking back now, I honestly had no logical idea why I decided to transfer. But I do know one thing, I made the decision out of one of the most illogical things possible: prayer. To this day I still don’t know exactly why God brought me home, but I know he’s continued to affirm the decision that came out of that one prayer.

And he does this in the most unexpected ways.

Since God has placed me at Gordon, he’s continued to work through different people in my life to put the pieces together again. The type of impact these people have had on me has been nothing short of incredible. I’m thankful for the wisdom of Rick Sweeney, who has let me come alongside him and learn what it means to be an effective leader, and have a good appreciation for Irish self-deprecating humor. I’m thankful for the charisma and compassion of Mike Flaherty, who showed me what it really means to embody a life of family and calling. I’m also thankful for President Lindsay, who is so trusting of me he let me on this stage in front of a captive audience.

These leaders have transformed my perspective of who I am, and where I am going to be for years to come. They have given me the insight to lead myself, and the courage to inspire vision in others.

I’ve been letting God do what he will with my box of legos, and in a funny way, I don’t think I would have been prepared to give them up if it wasn’t first for my experience in Oregon. I also wouldn’t be prepared without the example of those in my life who have done the same. including my father, who although he isn’t here, I would like to thank for his leadership in my life as my most trusted friend. His faithfulness to Christ in giving up his career in engineering to start a small church, has always inspired me to embody a life of sacrifice.

I’m honored to be in the presence of those who have made my journey possible. Like George F. Bennett and his family who through their scholarship have made it possible for me to be here again next year, you are all making it possible for students like me to come face to face with our obstacles, so that together we can be better stewards of God’s kingdom.

I’ve learned that the third act of our stories isn’t meant to be fully known. We live within the first and second act of a play, between constant tension and joy. And like a perfect logline, God has decided to keep from telling us the final resolution of our work. But, he still promises us that with him it will bear fruit. Let’s remember that life is like a box of legos, and God will always break down and rebuild our expectations.

I pray, as Gordon College, we will continue to be a place where this is possible, and where Christ is always the center of our story. I believe, together, we can rekindle the call of our A.J. Gordon to bring the gospel to the broken pieces of our world, beginning here, the city on a hill. 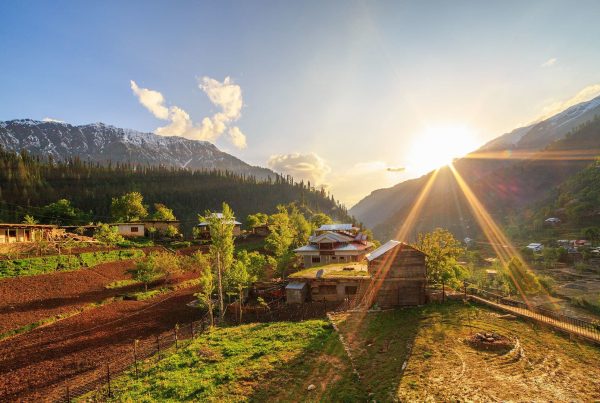 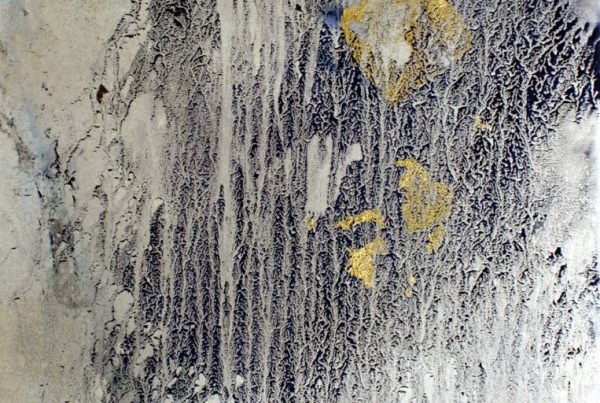